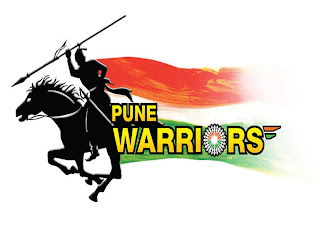 Pune Warriors (Marathi: पुणे वॉरियर्स) is the Pune franchise for the Indian Premier League. The franchise is owned by the Sahara Group. Geoff Marsh is head coach, former England all rounder Dermot Reeve is the assistant coach. On 8 March 2011, The Warriors announced that Yuvraj Singh will be their captain for IPL 2011.
In March 2010, the franchises of Pune and Kochi joined the league of eight original IPL teams for the 2011 season. Sahara Adventure Sports Limited had made the winning bid of $370 million for the Pune franchise. The bid is the highest bid by any company in the short history of IPL.

During the 2010 franchise auction for two new Indian Premier League teams, Subrata Roy of Sahara Group purchased the Pune IPL team. Pune and Kochi will join the current eight teams from the fourth season of IPL to be held in 2011. On March 22, 2010 Sahara group bought Pune IPL team for Rs 1,702 crore.The Videocon Group lost the bid for the Pune IPL Team. It was named Sahara Pune Warriors on 24 April 2010 at a function held at Pune.[