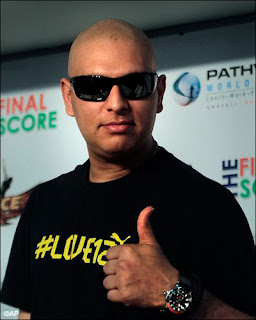 
New Delhi: Good wishes continued to pour in for Indian cricketer Yuvraj Singh, who is recovering after undergoing treatment for a rare germ cell cancer, with Indian pacer Irfan Pathan saying that his teammate is not just a fighter on the cricket field but also in real life.

Yuvraj returned to India on Monday after undergoing three cycles of chemotherapy in the United States. Pathan wished Yuvraj a speedy recovery.

"I'm praying for his complete recovery and am going to meet him soon. My whole family is praying and everyone want him on the ground," Irfan said.

Irfan, who is back after being sidelined for two years due to a back injury, said he is happy with the way his return has turned out so far.

"I'm only focusing on one thing which is contributing to the team and I'm sure that I would give my best. I'm getting better day by day and I'm struggling to become better."

""Cricket is the best education for me... It's been nine years since I've been learning, but for the past two years I'm feeling the change... it is a very good feeling," he added.

Posted by Mahendra at 3:23 AM No comments: 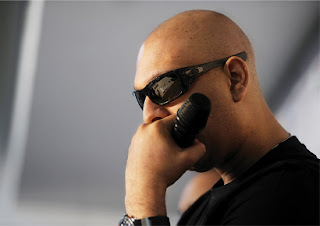 Call it a new way of branding to stay afloat in the time of crisis or the dawn of a new era in India where the most recognisable faces (read cricketers) have learned to the tread the Twitter path to keep their followers informed about every aspect of their lives.

On his return from the US where he underwent three cycles of chemotherapy, Yuvraj Singh has been hailed as the new braveheart not just by his fans across the country but also by the entire media. An obvious question also being raised by many is: why is he risking his health for the sake of publicity?

Yuvraj was tweeting about his health and posting photographs of each and every stage of his medical progress, a first by any Indian sportsperson.

India’s World Cup hero hardly needed any publicity to keep his brand value intact. So what compelled him do all this? Well, the batsman says he “wanted to put to rest all speculation about his health issues”.

“The moment the news of my illness became public, there was all kind of speculation. I thought it was important to let my fans know about my condition and also not allow people to cook up stories,” Yuvraj said on Wednesday, during his first media interaction after returning home.

One thing’s for sure, though. Yuvraj has emerged as a more mature and responsible person after his treatment and he could, perhaps, become a great crusader for cancer awareness in this country. “Maybe I would like to do something for all cancer patients. I know their pain because I have gone through it. But right now, my focus is to get back to fitness as early as possible,” Yuvraj said. He spoke candidly for an hour about his two-month stay in the US. He also revealed how he avoided watching cricket on television and was inspired by the practical approach of fellow chemotherapy patients, a group he called “the cancer family”.

Yuvraj confessed that he was in denial. “I could hardly believe that a fit person like me could actually have cancer. I concealed my ill-health for a long time even while having breathing problems during the World Cup. I had always presented a cheerful front to the outer world during that time.”

Yuvi also thanked Sachin Tendulkar for his encouraging words during their meeting in London. “Sachin has always inspired me. He always talks positively and motivated me during my difficult times,” Yuvi said.

On his future plans, Yuvraj says that it would be difficult for him to say anything at this point of time. “I don’t know what the future holds. It will be a great achievement if I get back to the field,” the 30-year-old said, adding, “the cancer is out of my system, but the scars are yet to be healed. All my fans want me to come back soon, I am sure you people will understand that my body will take time.”

Yuvraj also spoke about the inspiration he drew from legendary American cyclist Lance Armstrong, who survived testicular cancer. “I read Lance Armstrong’s book some five-six years back but had to leave it midway for some reasons. I didn’t know that I will have to complete it in the way and circumstances like I did,” he said.

No time frame, no ambitions and no real pressure to get back on the field. All Yuvraj needs to do is eat well, sleep well and, of course, breathe fresh air. And his fans should also try and understand his emotions. His playboy image is a thing of the past. Though he insists that he would always be the same — honest and flamboyant — but only time will now tell how ‘Brand Yuvraj’ would fare in the near future.

Posted by Mahendra at 3:04 AM No comments: 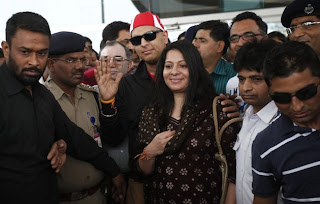 Yuvraj returns to India after cancer treatment
NEW DELHI, April 9, 2012 (AFP) - India's World Cup cricket hero Yuvraj Singh returned home on Monday after receiving treatment for a cancerous tumour in the United States. Sporting a black jacket and red baseball cap, the 30-year-old all-rounder gave thumbs up signs to well-wishers who had gathered at New Delhi airport to welcome him back. "He is absolutely fine and will rest at home for another 10-15 days," his mother Shabnam Singh told reporters at the airport. Left-handed Yuvraj, named man of the tournament after India's World Cup triumph at home last April, was diagnosed with a rare condition, mediastinal seminoma -- a malignant tumour between his lungs -- soon after the event. After completing three sessions of chemotherapy in Boston in March, he had moved to London before returning to India. "Finally the day has come! i am going home tomorrow! cant wait, excited to see my friends and family ..see you india!!," Yuvraj said on Twitter on Sunday. Thousands of well-wishers, politicians, his team mates and other sports personalities including US cycling great Lance Armstrong had sent messages to the ailing all-rounder who is known for his aggressive batting and disciplined spin bowling. "Today the entire country is happy, god is happy and I am very happy. My son has come back as a winner," Yuvraj's father Yograj Singh told the NDTV news channel. Yuvraj, who scored 362 runs and bagged 15 wickets in nine World Cup matches, has not played competitive cricket since taking part in two of the three home Tests against the West Indies in November. He has scored 8,051 runs in 274 one-dayers and 1,775 in 37 Tests since making his international debut in 2000.
Posted by Mahendra at 12:00 AM No comments: