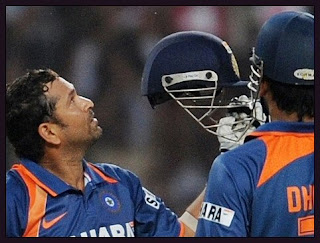 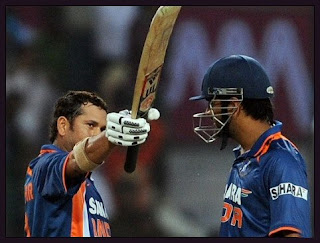 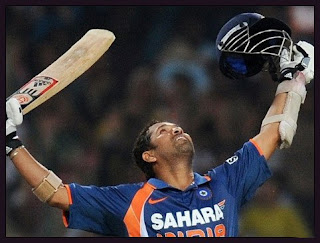 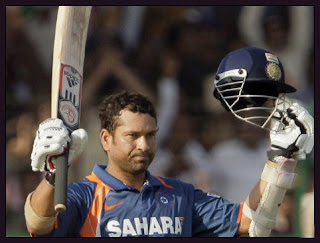 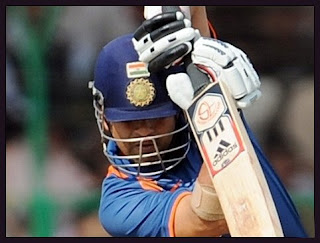 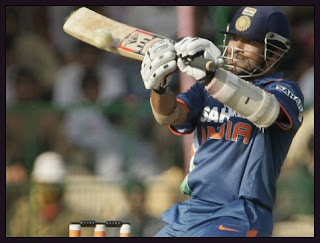 India media hails God Tendulkar
NEW DELHI: Indian media lined up on Thursday to shower the "God" Sachin Tendulkar with front-page tributes and predict the record-shattering batsman was not finished yet.

Tendulkar, who turns 37 in April, smashed the first-ever double century in One-Day International on Wednesday, pounding the South African bowlers with 25 boundaries and three sixes.

It was the latest achievement by the world's most prolific batsman, who has scored more runs and centuries than anyone in both Test and One-day cricket.

"Immortal at 200", screamed a banner headline in the Times of India, while the Indian Express ran a half-page photo of a celebrating Tendulkar with the word "God!"

A similar front-page photo in the Hindustan Times, headlined "200 not out", was followed by an appreciation by Tendulkar's former team-mate and bowling great Anil Kumble.

"The way he celebrated when he reached his 200 epitomised the man's persona," Kumble, an ex-India captain, wrote.

"There were no running laps around the field, no aggressive gestures, nothing over-the-top.

"He did what he always does. Raised both his arms, closed his eyes for a moment and quietly acknowledged it had been done.

"If the youngsters in the team can take even 10 percent of what he does, they will be better cricketers for it.

The Times of India highlighted the veteran's scintillating form in the last 12 months, during which he has hit 10 international centuries, including six in Test cricket.

"Treasure this new, improved Tendulkar," the paper said. "He is, by far, still India's most valuable player, and will remain so till he decides to call it quits."

Newspapers highlighted Australian spin legend Shane Warne's tweets as he followed the knock of one of his close friends.

"Come on Sachin, my friend, get your 200. World record to please! you deserve it."

The Hindustan Times' cricket correspondent wrote: "It's never a good idea to try and speak for a whole nation. But on Wednesday it was a risk worth taking.

"To Sachin Tendulkar, on whom more words have been written than any other cricketer, including Sir Donald Bradman, two words will suffice: Thank you."
Posted by Mahendra at 1:04 AM No comments: 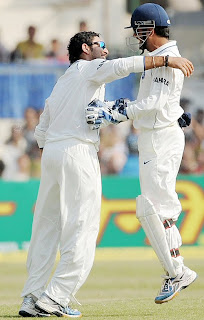 With injured middle-order batsman Yuvraj Singh ruled out and offie Harbhajan Singh reportedly seeking a break for a family commitment, a few youngsters could make the cut as the national selectors choose a 15-member squad Tuesday for the three-match one-day series against South Africa beginning Feb 21.

Yuvraj, who missed the Test series against South Africa, is yet to recover from the ligament tear in his wrist which he sustained during the Bangladesh tour, sources in the Board of Control for Cricket in India (BCCI) said.

Either Abhishek Nair or Yusuf Pathan is likely to replace Yuvraj.

Opener Gautam Gambhir also injured his left forearm while batting on day two of the ongoing second Test between the two sides.

However, though there was swelling as also bruises, an x-ray did not show any bone damage.

"At this moment the selectors are not unduly concerned about him. And the feeling is that whatever problem he has, he will be okay by Feb 21," said sources close to the selection panel.

The three-match one-day series kicks off at Jaipur Feb 21, with the other two games slated for Gwalior (Feb 24) and Ahmedabad (Feb 27).

Harbhajan is understood to have asked for permission to opt out of the first two games for attending a family function.

When contacted, BCCI secretary N. Srinivasan refused to comment on whether the board has received any such request from Harbhajan, but did not deny it either.

"You will come to know everything after the selection meeting tomorrow. At this moment I am not in a position to say anything more," Srinivasan told IANS.

However, sources said if Harbhjan's request is granted, then Tamil Nadu offspinner Ravichandran Ashwin could get a look in.

Among the pacers, an off-form Ishant Sharma and an injured S. Sreesanth also seem to be uncertain. Young medium pacers Abhimanyu Mithun and Sudip Tyagi, or any one of the two, thus could be considered by the quintet of selectors.

Ashish Nehra is set to make a comeback while Zaheer Khan is a certainty.

Sachin Tendulkar, who rested himself in the ODI series in Bangladesh, is also certain to find a place in the squad.

Among others, who are sure to be selected, are captain M.S. Dhoni, Virender Sehwag, Virat Kohli, Suresh Raina, Dinesh Kaarthick and Ravindra Jadeja

Posted by Mahendra at 3:25 AM No comments: 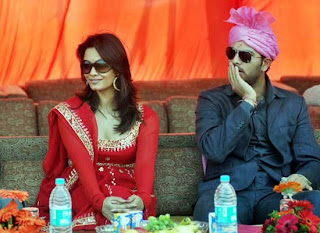 Lucknow: Sahara India Pariwar, a major business conglomerate, today solemnized 101 marriages of girls coming from the weaker section of the society, in its annual event 'Samuhik Vivah Samaroh'. The Samaroh is organized every year by Sahara with huge fanfare at Sahara Shaher, Lucknow. The event witnesses 101 weddings of underprivileged girls from different religions, performed at one common venue. This year, 89 Hindus, 9 Muslims, 2 Sikhs and 1 Christian couple tied the knot on this auspicious occasion. The Samuhik Vivah Samaroh is being organized since 2004 and this is its seventh consecutive year. Till date, 707 couples have been blessed.

For the 101 marriages every year, Sahara invites applications from bride and groom families who can not bear the cost of marriage by themselves. After verification process, the applicants are included for the Samaroh.

All the marriage arrangements like fooding, clothing, lodging of the relatives, Welcoming of the Baraat, Kanyadaan, 101 Mandaps, etc. were made by Sahara India Pariwar. In addition to this, Sahara also helps all the newly wedded couples in initiating a new life. For this, Sahara gifts Rs. 1 lakh worth of basic household items to each couple. The gifts consist of Color Television, Refrigerator, Almirah, a double-bed, dressing table, jewelry, Suits to the groom, Sarees to the bride and wrist watch for both. Sahara even takes care of the delivery of these gifts at the couple's house.

The whole ambience of Sahara Shaher was made enchantingly beautiful with decoration of flowers and Rangoli, amidst chants of marriage hymns with Shehnai being played in the background. Relatives danced with joy & revelry and had a feast of different dishes. The marriages of various communities were solemnised by the renowned priests of their respective communities. The Samaroh was conducted amidst a gathering of distinguished invitees and Kartavyayogi workers of Sahara India Pariwar, who extended their heartiest greetings to the newly wedded couples. This was followed by lunch organized for the newly wedded couples, their families and guests.

The newly wedded couples were bestowed with a photograph that featured all the 101 couples. The camera used for capturing this golden moment is the 1914 made special American Panoramic Kodak Still Camera which can rotate upto 360 degrees and produces a very sharp image. The same camera is also used to take pictures of newly elected Lok Sabha and Rajya Sabha Members.

Mr. Abhijit Sarkar, Head ? Corporate Communications, Sahara India Pariwar, said, "Sahara India Pariwar has always kept corporate responsibility and social stewardship as an integral part of the organization and made determined efforts in the development of society and the nation. The annual 'Samuhik Vivah Samaroh' is one such step in the same direction."

Under its Disaster Management initiatives, Sahara has always stood up in the need of the hour of the country, be it super cyclone of Orissa, earthquake in Gujarat, drought in Rajasthan or floods in the state of Uttar Pradesh and Bihar. Sahara has adopted Bhimasar-Chakasar village in Taluka Anjar, District Kutch for relocation, rehabilitation and reconstruction of the village along with basic amenities, panchayat ghar, bus stop, post office, play ground, primary and secondary school and street lights. When the devastating earthquake hit Latur district of Maharashtra, Sahara India Pariwar came forward to rehabilitate the earthquake stricken citizens of the region and also developed a cluster of earthquake houses in Killari Village in Latur, The houses were handed over to the villagers by Reverend Mother Teresa. 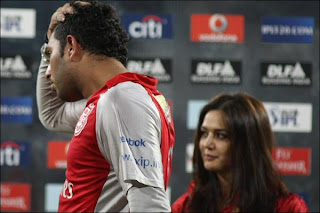 Posted by Mahendra at 5:22 AM No comments: 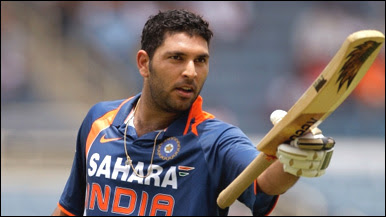 Posted by Mahendra at 1:22 AM No comments: