Sachin was cognizant of Yuvraj's tumour 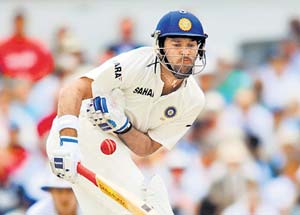 Sachin was cognizant of Yuvraj's tumour

Chandigarh: Cricketer Yuvraj Singh had informed master blaster Sachin Tendulkar about his 'serious illness', said the ailing player's mother Shabnam Singh on Sunday.
According to Shabnam, on being informed about Yuvi's health, Sachin had told him, "Don't worry Yuvi, things will be all right."
She also said that only a few family members and friends of the cricket player had the knowledge about a tumour in his left lung.
Talking to Bhaskar team, Shabnam said her son shares things and seeks advices from Sachin on several matters.
"When he informed Sachin about his tumour, both Sachin and his wife Anjali motivated him. They had asked Yuvraj not to panic saying "You don't have a serious disease. You will be fine after the treatment."
Shabnam also said that she felt nervous being a mother whenever she thought about the tumour, but everytime his son came and boosted her confidence.
Yuvraj has always been like a fighter. Recuperating from his illness, flamboyant Indian batsman said today that he is "absolutely fine" and would be returning to cricket very soon.
Posted by Mahendra at 5:02 AM