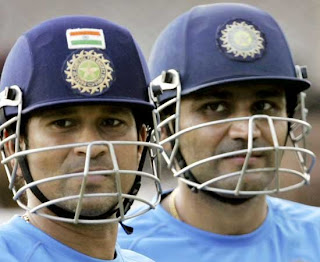 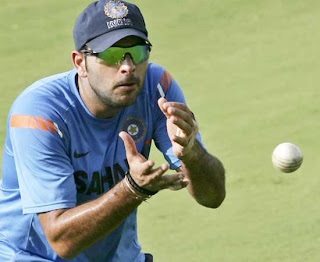 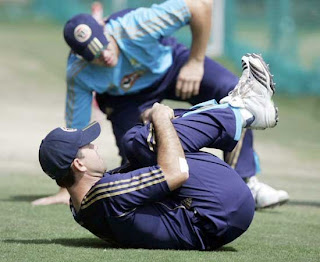 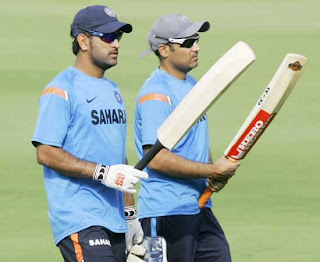 Hyderabad: With the seven-match series tantalisingly poised 2-2, India will have to overcome its batting shortcomings when they go into the crucial fifth cricket One-dayer against a spirited but depleted Australia on Thursday.

The Indians, seeking to dethrone Australia from the number one spot in world rankings, will be strengthened by the expected rerun of Gautam Gambhir, who had to skip last match due to a neck injury.

Although the left-hander Gambhir's presence will lend solidity to the top order, the worrying factor for the hosts has been the lack of good starts in the series so far.

Clearly the onus is on the Indian batsmen to deliver the goods on a track which according to the curator has plenty of runs to offer but will also aid the bowlers.

Virender Sehwag and Sachin Tendulkar have put on stands of 25, 21, 37 and 40, and the home team would be hoping this can be extended to something closer to the hundred mark which would be the ideal platform for Gambhir, Yuvraj Singh, Dhoni and Raina to launch a blitz later on.

Tendulkar is on the verge of reaching another milestone in his glittering career as he his just seven runs short of touching the 17,000 run-mark and the champion batsman would take inspiration from the moment to score big.

"We failed as a batting unit. We should have batted the full 50 overs but that was not possible because we kept losing wickets at regular intervals," India skipper Mahendra Singh Dhoni had said after the defeat in the previous match.

While the Indians have their task cut out for the flood-lit encounter the Aussies have been grappling with a spate of injury problems ever since the series began.

The latest to join the casualty list is Peter Siddle, who has returned home because of a side-strain. They have already lost the services of pace spearhead Brett lee, stumper Tim Paine, and all-rounder James Hopes.

Dhoni's men did a remarkable turnaround after narrowly losing the first ODI at Vadodara but a shoddy batting display in the fourth match saw the hosts handing back the advantage to Ricky Ponting's outfit.

Another batting failure could spell disaster in Thursday's match at the Rajiv Gandhi Stadium at Uppal as the team that wins the clash is sure to hold a huge advantage in the final outcome of the rubber, with the last two ties scheduled at Guwahati (day) and Mumbai (day/night).

What the Indians would be hoping for is explosive opener Sehwag's longer stay at the crease as he has rocketed off with a flurry of boundaries but continues to lose way in the 30s and 40s.

If he and Tendulkar, can give a better start than what they had done thus far, the others can cash in on the inexperienced and injury-hit Australian bowling attack.

Delhi's left-arm paceman Ashish Nehra whose display in the beginning as well as the end of the Australian innings has been outstanding.

Praveen Kumar has been steady while off-spinner Harbhajan Singh has also shown improved form after an indifferent start to the series.

The guest team's pace attack has lost a bit of bite after losing very impressive Siddle and they would hope Mitchell Johnson, who has been inconsistent, to put up an improved show.

Left-handed Hussey, in particular, has become the thorn in the India's flesh as he has smashed three half-centuries in four matches to frustrate the hosts.

India: Gambhir's presence in the line-up has become a crucial one as he brings in the virtue of patiently working the ball into the gaps and rotating the strike to the other stroke-makers in the team. India's bowling has been a mixed bag with Ishant Sharma, in particular, blowing hot and cold.

Australia: Doug Bollinger has impressed in the absence of his seniors colleagues and off-spinner Nathan Hauritz has also done well though he lacks support in the middle overs.

In batting too, the Australians have depended on skipper Ponting and his deputy Michael Hussey to a large extent while Shane Watson's all round display at Mohali must have gladdened them.

Pitch and conditions
Everyone who played the Champions League matches in Hyderabad loved the pitch: true and flat. And being in the southern part of India, Hyderabad should be relatively dew-free. The toss shouldn't put any team at a major disadvantage.