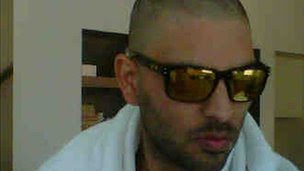 Indian cricketer Yuvraj Singh, who is undergoing chemotherapy for cancer, has tweeted that he is feeling "better" after receiving a message of support from cycling legend Lance Armstrong.

Armstrong, who was treated for testicular cancer, runs a foundation called Livestrong for cancer survivors.

Yuvraj is being treated in the US for a rare form of cancer, which is curable.

"I want you to know that the entire Livestrong team is here for you. We say it all the time, and truly believe in it. Knowledge is power, unity is strength and attitude is everything," said the message from Armstrong.

"Please know that we are here to help you and your family in any way possible."

Yuvraj tweeted that the message "makes me feel better".

"Thank you Lance, means a lot, hope we can meet," he said.

Earlier, Yuvraj had said he was reading the autobiography of Armstrong, who recovered from testicular cancer, and that he would like to meet the cyclist.

The 30-year-old cricketer is being treated for a rare form of cancer, called seminoma.

Yuvraj's health first deteriorated during the World Cup last year, in which he was the man of the tournament and helped India win the trophy for the first time since 1983.

Against Ireland, Yuvraj became the first player to take five wickets and score 50 in a World Cup match.