Yuvraj Singh thanks his fans

Posted by Mahendra at 7:34 AM No comments: 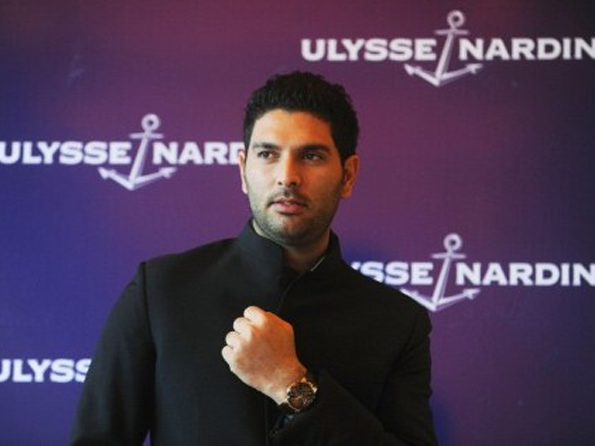 
Indian cricket star Yuvraj Singh celebrates his 30th birthday today. Yuvraj, announced his arrival on the big stage with a blistering 84 and some electric fielding against Australia in a quarter-final match in the 2000 ICC Knockout in Nairobi.Before long he was India's next pin-up boy. The hype grew when he and Mohammad Kaif revived a dead chase with a match-winning partnership in the final of the 2002 NatWest Series. His tendency to blow hot and cold has plagued Yuvraj through his international career, but when he's on song there's no stopping him. At the 2007 World Twenty20 he hit six sixes in an over against England's Stuart Broad—a feat performed only three times previously in any form of senior cricket, and previously never in an international match between two Test cricket nations. He was named the Man of the Tournament in the 2011 Cricket World Cup.Question marks still abound over his suitability in Test cricket, but in limited-overs cricket, he is among the very best in the modern game.Yuvraj is also one of India's eligible bachelors. He was dating Bollywood actress Kim Sharma for a long time before breaking up with her. He has been linked to various actress like Deepika Padukone, Priety Zinta and more recently Shazahn Padamsee.Here's wishing the maverick Yuvraj a very Happy Birthday and hope he contributes more to Indian cricket.
Posted by Mahendra at 7:25 AM No comments:

Yuvraj Singh is like Rajinikanth for Team India: Dhoni

Yuvraj Singh is like Rajinikanth for Team India: Dhoni

While addressing the media ahead of India's tour to Australia, captain Mahendra Singh Dhoni said Team India is all set to take Australia by storm.Dhoni on Monday held the press conference in Chennai along with coach Duncan Fletcher before leaving the country. We have palyed consistent cricket this year, so I am looking forward to India-Aussies series, said Dhoni. "I am not worried about opposition. We are focused on the team's performance."

"Hopefully we will keep controversies out of this series," he added.
On the current position of the Team, Dhoni said Sehwag plays an important role in the team as he can put pressure on opponents. When asked about Yuvraj Singh who has been dropped from the test squad, he said, "Yuvraj is like Rajinikanth for Team India and we wish both of them keep going."
On the comeback of Zaheer Khan, Coach Duncan Fletcher said warm-up games are important for Zaheer for his swashbuckling performance in the series.
The first test match between India and Australia will be held on December 26, 2011. The series will consist of four Tests and two Twenty20 matches.
Posted by Mahendra at 7:22 AM No comments: