India's World Cup Probables of 30 Include Few Surprises; But no Allrounder in Irfan Pathan 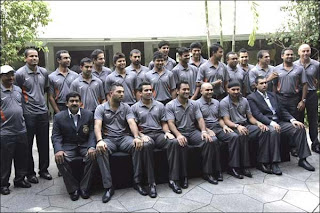 India's World Cup Probables of 30 Include Few Surprises; But no Allrounder in Irfan Pathan
India have finally announced their preliminary squad for the ICC Cricket World Cup 2011 and the onus is now on the Indian selectors headed by Krishnamachari Srikkanth to pick the best fifteen after narrowing this lot with the home pressure on Mahendra Singh Dhoni and his men.
As indicated by the Indian coach, Gary Kirsten, a while back, the all rounder’s slot remains up for grabs as Irfan Pathan has failed to inspire his selection back into the Indian team. His elder brother though is on the opposite wake. Yusuf Pathan has placed himself back in contention after his stupendous run of form over the past year. 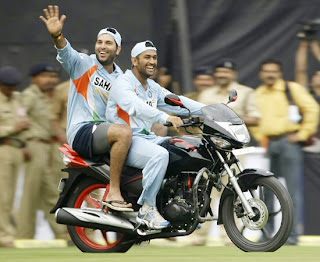 The big guns pick themselves with Sachin Tendulkar going all out for glory in what could be a final World Cup call for him to help India relive the glory of Kapil Dev and his men back in 1983.
Zaheer Khan will be expected to spearhead the attack although the support cast will have a bit of jostling for places with the likes of Ashish Nehra, Sreesanth and Ishant Sharma fighting off Vinay Kumar, Praveen Kumar and Munaf Patel for places. Harbhajan Singh will have his slot fixed but the second spinner is up in the air with R. Ashwin knocking on the doors rather strongly.
There are some unusual suspects in the list as well in Ajinkya Rahane whose name at least merits a name for his domestic performances. Ravindra Jadeja is also being given a lifeline in this extended line up and Saurabh Tiwary will consider any opportunity from hereon worth its weight in gold because Virat Kohli has virtually booked his berth.
Yuvraj Singh would be a candidate highly unlikely to be left out in the final squad. However, the selectors will have to put on the hard thinking hat before they nail down the final fifteen for the prestigious contest on home turf. The selectors have a show as do the players!
India’s preliminary ICC Cricket World Cup 2011 squad: 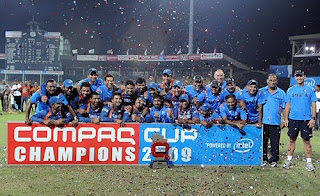